Gold at a key point for next leg 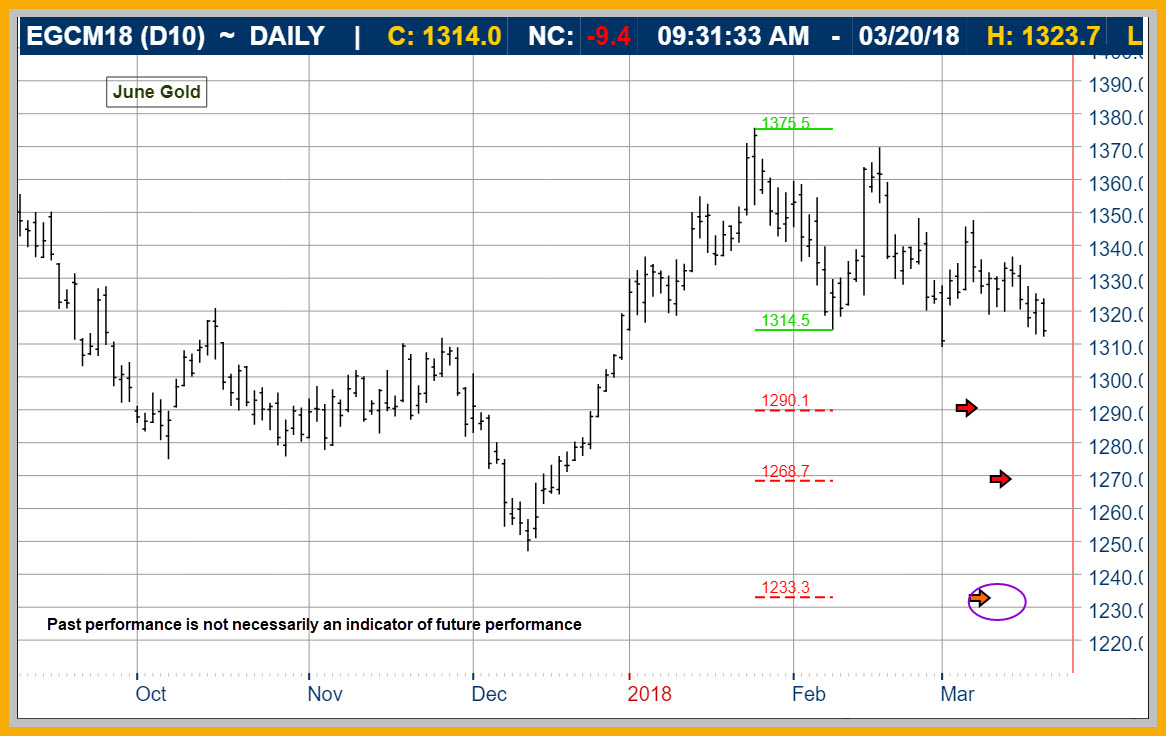 Gold is once again testing most recent lows. Last time we wrote about gold we were dealing with the April contract. This time we're viewing the June Contract as April Gold comes up for delivery in but 11 days.

Trade wars via US tariffs are on the horizon. What started out as tariffs on steel and aluminum dumping on world markets from China and/or countries dumping Chinese steel on other countries is at the heart of the matter. Suddenly, the tariffs spread to everyone the US was doing business with. Mexico and Canada got reprieves while NAFTA negotiations continue. The G-20 Meeting in Buenos Aires began this weekend and ends today. A formal statement from attending members will be issued today and one tomorrow from attending Eurozone members.

The US began taking applications exemptions for yesterday. 4500 applications are expected with 3000 being floated as the number that will be granted exempted status.

Tariffs have not worked well in the past. When both President Bush and Obama used them, within one to six months the US Dollar was trading lower versus a basket of currencies. A protracted trade war could be inflationary especially if President Trump decides to tax Chinese goods based on US intellectual property theft. By some estimates that could mean up to 45% of Chinese imports could be subject to tariffs.

The first impact is likely a rising US Dollar as we are the world's largest economy, taxing access to our market. The second impact is a falling US Dollar as reality sets in that we're shooting ourselves in the foot and importing inflation via higher tariffs on goods we import.

To view Ira's actual trade recommendations regarding this PriceCount, please enter your information below.

Rest assured that we do not share this information with anyone else. It only used to know who is interested in our report.